Car crime is a real problem in the UK with one car is stolen every ten minutes.

With Covid-19 and the recent lockdowns, many people aren’t driving or checking on their cars as much as they used to.

Neighbourhood Watch would like to remind car owners to remain vigilant about where and how they park their cars, in order to keep them safe.

“Most car crimes happen because cars are left unlocked.  There is a misconception that some cars are auto-locking and lock themselves if left unattended after a period of time. This isn’t always correct.  Another misconception is that your car is too old and no one will bother stealing it.  This is also incorrect – both new and old cars are at risk. Having a car stolen or broken into is more than simply a hassle, it can impact on people’s livelihoods.  The good news is that there are simple steps everyone can take to help reduce the risk to their car. With only a 46% recovery rate3 we’re reminding everyone to leave your car locked, lit and empty.”

“Car thieves are opportunists. Leaving items on a car seat or forgetting to lock your car can act as an invitation for crime. We want to instil the habit of double-checking where and how you’ve parked with our three simple steps: leave it locked, lit and empty.  As a local charity with a trusted voice in the community, we’re asking everyone to proactively support their neighbours and friends by sharing our three steps with three others. By spreading the word, we’re confident we can crack down on car crime which can be deeply distressing and debilitating for its victims.” 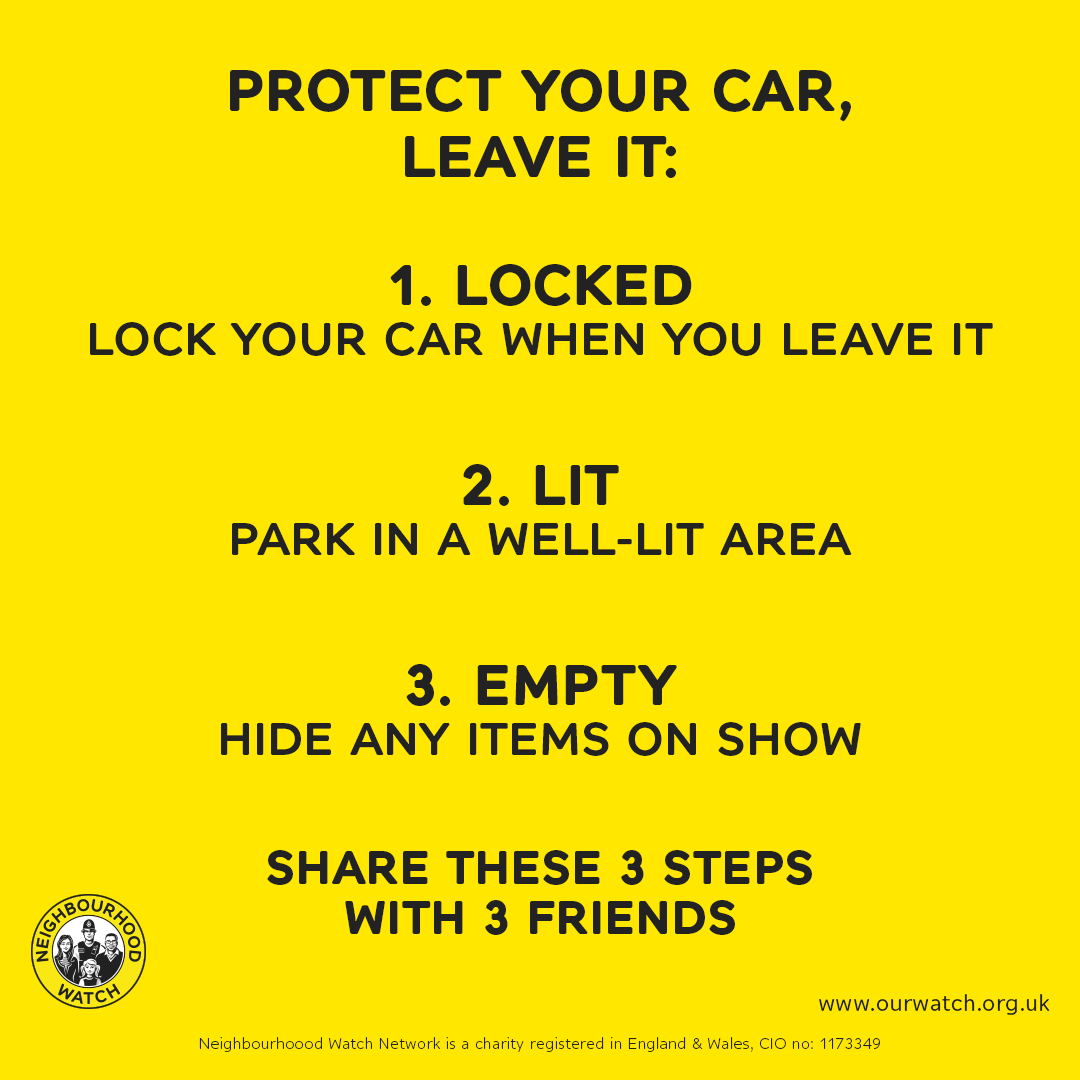 adultcomics.me shemalevids.org incestgames.net
We use cookies on our website to give you the most relevant experience by remembering your preferences and repeat visits. By clicking “Accept”, you consent to the use of ALL the cookies.
Cookie settingsACCEPT
Manage consent

This website uses cookies to improve your experience while you navigate through the website. Out of these, the cookies that are categorized as necessary are stored on your browser as they are essential for the working of basic functionalities of the website. We also use third-party cookies that help us analyze and understand how you use this website. These cookies will be stored in your browser only with your consent. You also have the option to opt-out of these cookies. But opting out of some of these cookies may affect your browsing experience.
Necessary Always Enabled
Necessary cookies are absolutely essential for the website to function properly. These cookies ensure basic functionalities and security features of the website, anonymously.
Functional
Functional cookies help to perform certain functionalities like sharing the content of the website on social media platforms, collect feedbacks, and other third-party features.
Performance
Performance cookies are used to understand and analyze the key performance indexes of the website which helps in delivering a better user experience for the visitors.
Analytics
Analytical cookies are used to understand how visitors interact with the website. These cookies help provide information on metrics the number of visitors, bounce rate, traffic source, etc.
Advertisement
Advertisement cookies are used to provide visitors with relevant ads and marketing campaigns. These cookies track visitors across websites and collect information to provide customized ads.
Others
Other uncategorized cookies are those that are being analyzed and have not been classified into a category as yet.
SAVE & ACCEPT