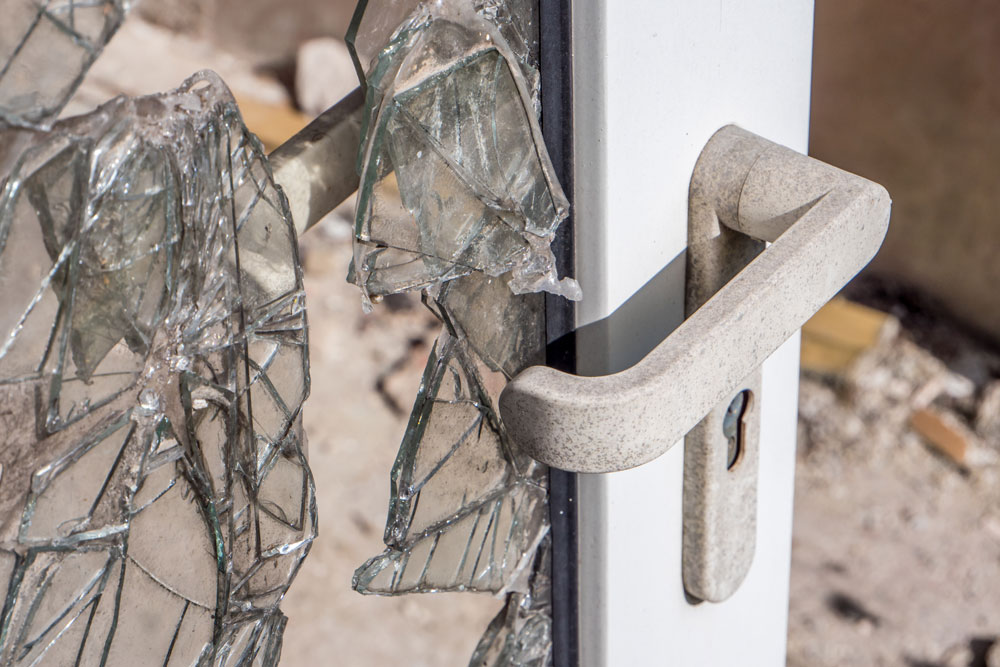 A lady and gentleman in their late sixties, in a village north of Cambridge, had been on holiday and came back to find they had been the victims of a burglary. The police were called and the details were passed to The Bobby Scheme. When I visited, I found that the glass in the lower part of the back door had been smashed in and that’s how the intruders had entered and left. Gold jewellery had been taken and all rooms had been searched. After a chat with the couple, window alarms were fitted to the rear ground floor windows and a first floor window that was over a flat roof. The back door had been repaired so an alarm was fitted to this as well as a chain. They already had a chain on the front. The usual leaflets and a “we do not buy” stickers were left. The couple had nothing but praise for what the Scheme had done for them. What had happened to that couple prompted the neighbours each side of them to request a visit as well. As they were both in their mid- sixties I called on them both and fitted door chains and window alarms to their vulnerable windows and doors. I left them with leaflets and “we do not buy” stickers and gave general crime prevention advice. They too were very grateful to think that we had taken the time to visit them as well and to help reduce the chance of the same thing happening to them.

adultcomics.me shemalevids.org incestgames.net
We use cookies on our website to give you the most relevant experience by remembering your preferences and repeat visits. By clicking “Accept”, you consent to the use of ALL the cookies.
Cookie settingsACCEPT
Manage consent

This website uses cookies to improve your experience while you navigate through the website. Out of these, the cookies that are categorized as necessary are stored on your browser as they are essential for the working of basic functionalities of the website. We also use third-party cookies that help us analyze and understand how you use this website. These cookies will be stored in your browser only with your consent. You also have the option to opt-out of these cookies. But opting out of some of these cookies may affect your browsing experience.
Necessary Always Enabled

Performance cookies are used to understand and analyze the key performance indexes of the website which helps in delivering a better user experience for the visitors.

Analytical cookies are used to understand how visitors interact with the website. These cookies help provide information on metrics the number of visitors, bounce rate, traffic source, etc.

Advertisement cookies are used to provide visitors with relevant ads and marketing campaigns. These cookies track visitors across websites and collect information to provide customized ads.

Other uncategorized cookies are those that are being analyzed and have not been classified into a category as yet.